Nothing dramatizes the collapse of the Cleveland gay bar scene than this list of nominees for best gay bar from 2010. Seven of 10 have closed (n.b.: Bounce reopened): 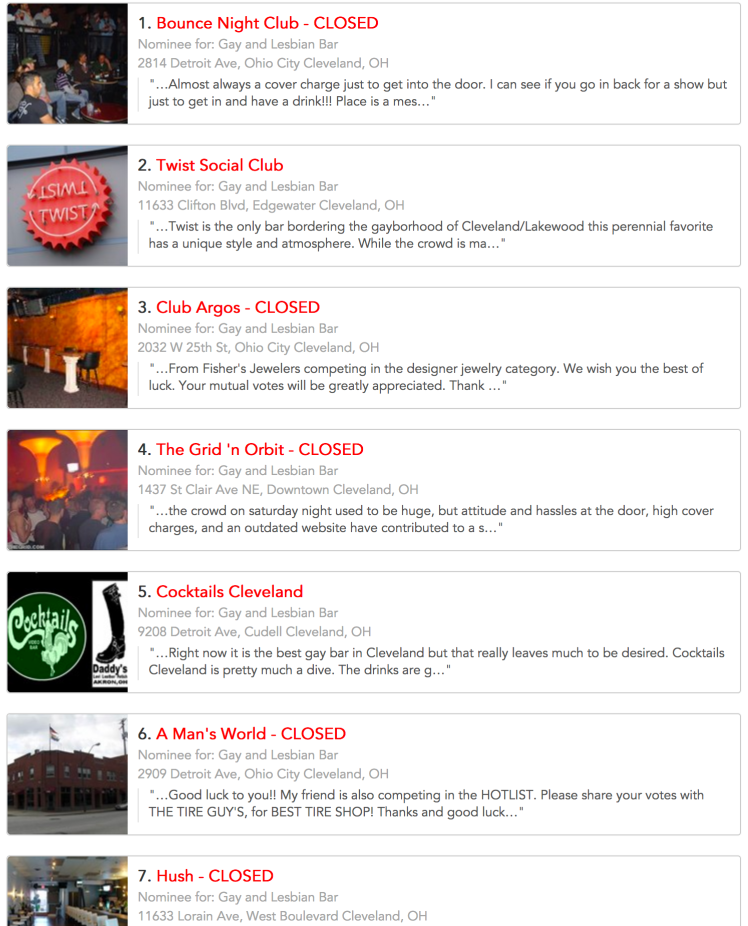 No new gay bars have opened between 2010 and 2015 that weren’t replacing an existing gay bar, so the failure of 7/10 isn’t a function of churn in the market.

Number two, Twist, had an uncertain future after its owner died and his nephew reopened it with the claim that it was “not a gay bar, it’s a social club that is gay friendly.” He cast this reinvention as being “inclusive” of people in the neighborhood: “we wanted them to feel welcome–we don’t want to ostracize people” (n.b.: it’s totally a gay bar).

The times I was there I’d say half the crowd was straight, mostly white, and well-dressed. They didn’t feel excluded, even back then. I don’t know whether the new Twist has more Black folks in it, but Cleveland is 53% African American and mostly poor. As in gentrification, inclusion means People Like Us by race and class.

So while some gays won’t mind the shift to inclusion, I wonder about the rest of us.

One thought on “The fate of rust belt gay bars”